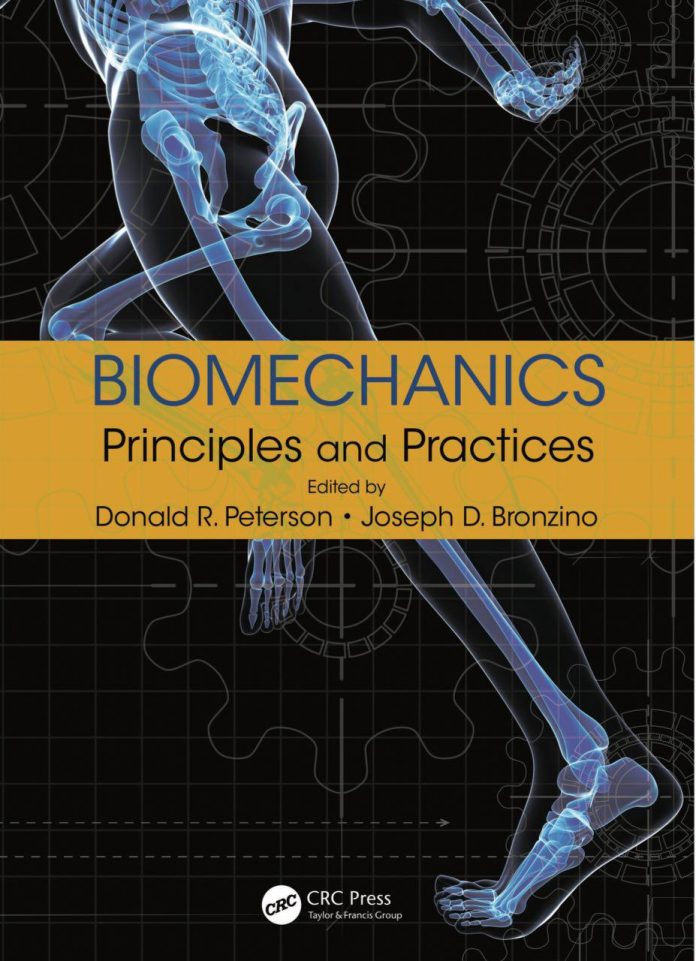 Biomedical engineering is considered to be the most expansive of all the engineering sciences. Its function involves the direct combination of core engineering sciences as well as knowledge of nonengineering disciplines such as biology and medicine. Drawing on material from the biomechanics section of The Biomedical Engineering Handbook, Fourth Edition and utilizing the expert knowledge of respected published scientists in the application and research of biomechanics, Biomechanics: Principles and Practices discusses the latest principles and applications of biomechanics and outlines major research topics in the field.

Biomechanics: Principles and Practices functions as a reference for the practicing professional as well as an introduction for the bioengineering graduate student with a focus in biomechanics, biodynamics, human performance engineering, and human factors.

Joseph D. Bronzino is currently the president of the Biomedical Engineering Alliance and Consortium (BEACON; www.beaconalliance.org). Dr. Bronzino earned a BSEE from Worcester Polytechnic Institute, Worcester, Massachusetts, in 1959, an MSEE from the Naval Postgraduate School, Monterey, California, in 1961, and a PhD in electrical engineering from Worcester Polytechnic Institute in 1968. He was recently the Vernon Roosa Professor of Applied Science and Endowed Chair at Trinity College, Hartford, Connecticut. He is the author of over 200 articles and 11 books, including The Biomedical Engineering Handbook (CRC Press, 1st ed., 1995; 2nd ed., 2000; 3rd ed., 2005).

The Only EKG Book You’ll Ever Need 10th Edition