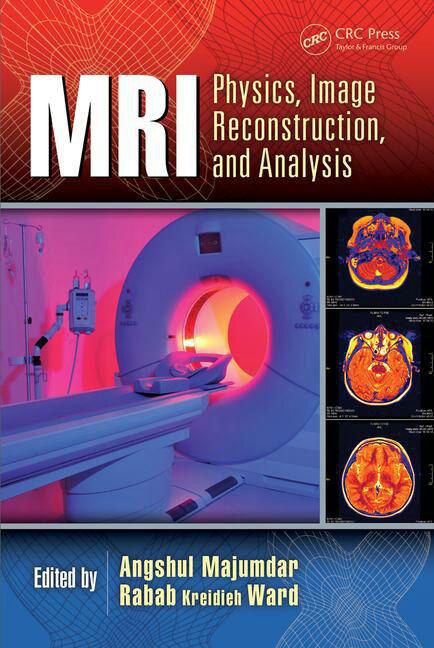 The book begins with a succinct introduction to the principles of MRI and then:

Featuring chapters authored by field experts, MRI: Physics, Image Reconstruction, and Analysis delivers an authoritative and cutting-edge treatment of MRI reconstruction techniques. The book provides engineers, physicists, and graduate students with a comprehensive look at the state of the art of MRI.

Angshul Majumdar is an assistant professor of electronics and communications engineering at the Indraprastha Institute of Information Technology, Delhi, India. He received his Ph.D from the University of British Columbia, Vancouver, Canada. Dr. Majumdar has published more than 50 papers in top-tier journals and conferences during the past 5 years, including more than 25 papers on reducing the acquisition time in magnetic resonance imaging and several papers on robust classification techniques with applications in face recognition, fingerprint recognition, and optical character recognition. Before he started in academia, he worked as a business consultant for PricewaterhouseCoopers.

Rabab Ward is a professor in the Electrical and Computer Engineering Department at the University of British Columbia, Vancouver, Canada. She has published more than 150 refereed journal papers and 300 refereed conference articles, and holds 6 patents. A fellow of several professional societies, Dr. Ward is highly decorated, having received the highest award of the IEEE Signal Processing Society; the Association of Professional Engineers and Geoscientists of British Columbia’s top engineering award; and more. She is currently president-elect of the IEEE Signal Processing Society. She was the general chair of IEEE ICIP 2000 and co-chair of IEEE ICASSP 2013.